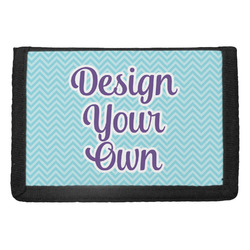 Design Your Own Trifold Wallet $16.95 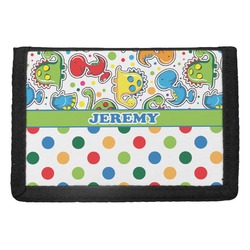 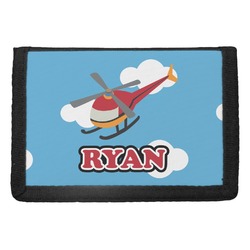 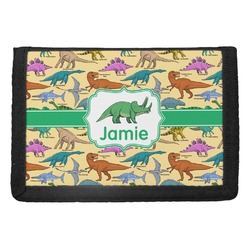 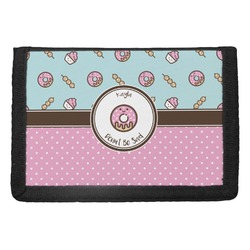 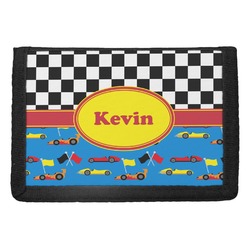 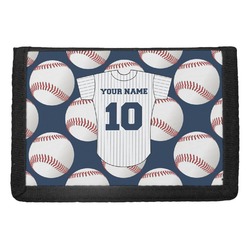 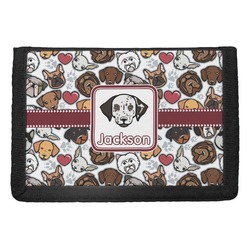 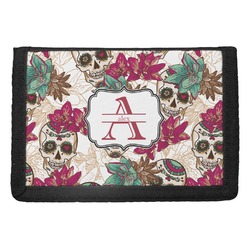 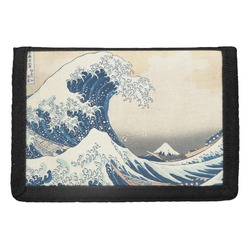 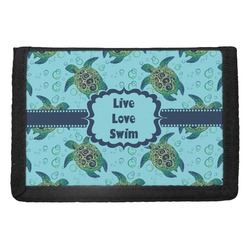 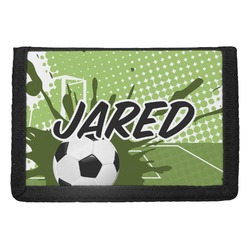 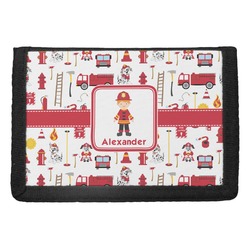 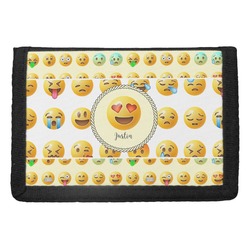 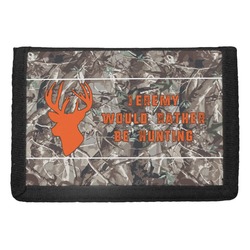 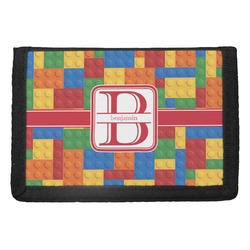 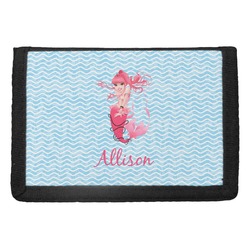 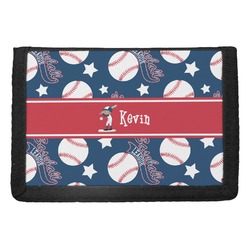 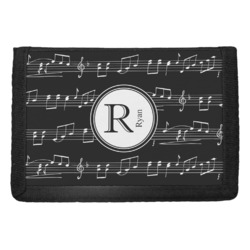 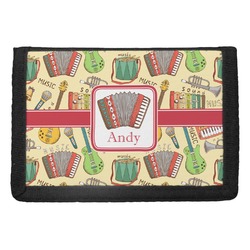 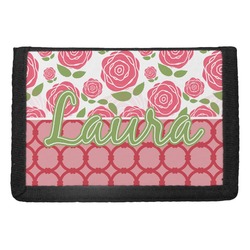 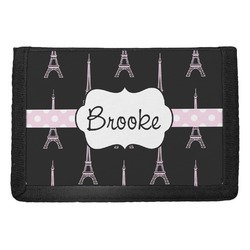 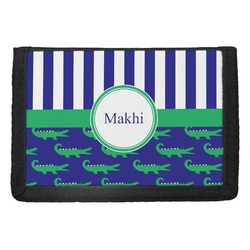 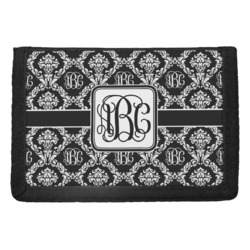 We also have personalized checkbooks that will help keep your checks, cards, and cash organized.

These trifold wallets are perfect for keeping cash and cards organized. They make great gifts for children learning how to manage their money and for adults who are looking for functional and durable wallets.

The wallets are black with the design printed on the front flap. You are able to create your design either horizontally OR vertically. They have 4 slots for IDs or credit cards and 1 large slot for cash. The wallet folds in thirds and is tightly secured by velcro. They are great starter wallets for kids or just as a good durable wallet for an adult.

To take care of your wallet simply use mild soap and warm water with a cloth and gently scrub any dirt out.

Go into the design center to get started. Choose a background, graphic, monogram, text, and more! With this product in particular you are able to design it vertically OR horizontally, depending on what you prefer.

Not quite the wallet you were looking for? We have plenty to choose from in our Wallets and Purses section. There are plenty of Men's Wallets as well as Women's Wallets. We also have coin purses, crossbody bags, and even some gorgeous purses! 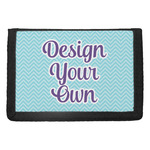 Initially, I was very excited at the prospect of designing my very own wallet. I spent hours on getting my design just right. Besides needing a new trifold wallet, I wanted to make one so it could be a conversation starter that would allow me to tell people about my manga TheRemnant: This Is Not Flesh & Blood. However, after it arrived in decent timing, I was disappointed at the final product. For starters, I immediately noticed how dull the colors ended up being. Compared to the photo, that's a drastic change. Nothing really pops on the wallet in real life how I wanted and I really expected the Kanji characters in the background to be bolder because I think it would have tied everything together but nope. I obviously knew the working product image/proof wouldn't be exactly like the final product since a digital image is different from an image pressed into fabric, but it's still quite disappointing and I'm unsatisfied. :( On top of that, there is some strange blue-ish streaks and discoloration on the wallet towards the upper left side and another streak that runs the entire length of the entire right side corner. I love the idea of designing your own novelty wallet but the execution is truly poor. Ultimately, I don't think it was worth the pay, maybe if it was half the amount I paid. I was even going to design a wallet for my sister but after seeing this one, I don't think I'll be buying from this site ever again, and it's a shame because there is so much potential there. In short, the only pro is that you can design and customize something unique to you and there are so many handy customization options; and it's a very easy and fun process. The con is the resulting quality and the image feels cheaply made. I think they should come up with a new technique. Thank you.
We agree TJ, that is definitely duller than it should have come out. We will be making a replacement product and getting it shipped out for you.
Reviewer: TJ | Verified Customer Date: Apr 01, 2021 Product: Design Your Own Trifold Wallet 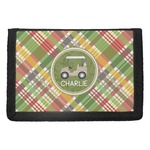 Loved But Hard to Design

I loved the wallets I ordered. I think the design of things is very hard. It took me a long time to get it right and I never really did get it like I wanted it. The two girl wallets, I just ordered the sample because it was simpler than designing myself. There are so many choices it's hard to get all of what I wanted in the design. I started over many times.
Reviewer: Connie | Verified Customer Date: Mar 08, 2021 Product: Golfer's Plaid Trifold Wallet (Personalized) 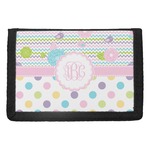 Loved the billfolds I bought for our grand daughters for Easter. They are just as pictured and shipping was quick Thanks you.
Reviewer: Connie | Verified Customer Date: Feb 26, 2021 Product: Girly Girl Trifold Wallet (Personalized) 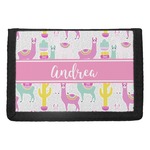 My daughter who is nine loves her new llama wallet. She absolutely adores llamas. Plus, the wallet has her name on it. The only thing she said is that she wishes the llamas were a bit larger, but otherwise, we have one happy little miss with her very first wallet to call her own.
Reviewer: Andrea | Verified Customer Date: Jan 05, 2021 Product: Llamas Trifold Wallet (Personalized)

Great wallet but I am disappointed that the picture was printed on the wallet crooked.
Oh no! We will be contacting you to find out how you want us to make this right.
Reviewer: Christina Carton | Verified Customer Date: Dec 25, 2020 Product: Design Your Own Trifold Wallet
See All 27 Reviews